After the basics, my series on how to dance to the music continues, diving deeper into more specific topics. This article explains how knowing the structure of tango music can help dancers make their dancing more interesting. 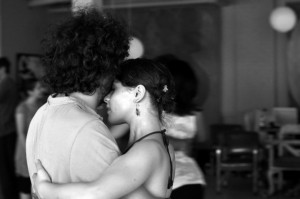 Listening to lots of different tangos, we can find recurring patterns. An important part of dancing with musicality relies on our ability to predict the music, and just like other genres of dancing music, tango is constructed in a predictable way.

It is not difficult to find descriptions of how tangos are built from alternating sections, how some tangos follow the pattern A-B-A-C-A, etc. In my mind, we don’t always need to make that kind of analysis formal or explicit. It might be sufficient to notice that “oh, this part of the song sounds very similar to the beginning”, or “ah, here comes the second verse of the singer, similar to the first one but with different words and an added violin in the background”.

Once you are familiar with the general architecture of the whole tango, it will be easier to know how much of the song is left, and whether or not the song has yet reached its intensity climax. 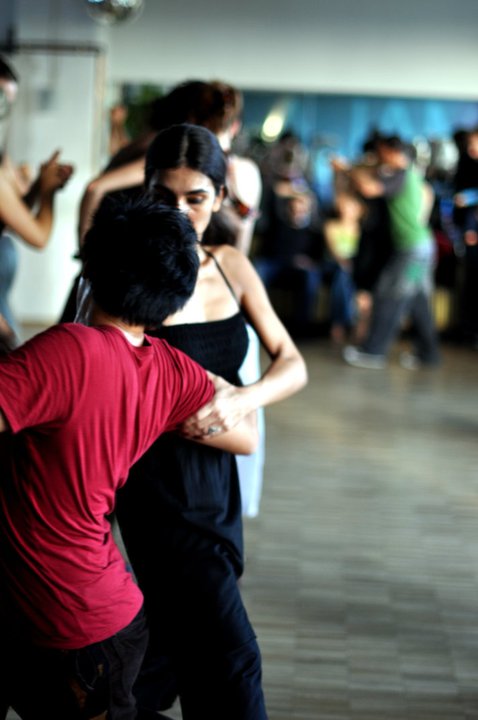 Phrasing in tango also follows certain patterns, although not as predictably as we might hope for. Sometimes a phrase evolves over 8 heavy beats, but other times over a different number of beats. So it is often better to listen than to count. Some phrases follow a wave-like pattern, where they start quietly, then grow in intensity, and eventually calm down again. Other phrases are more square: they start on beat number one and march steadily and evenly until they end promptly, perhaps leaving a beat or two empty before the next phrase takes over.

Here’s a couple of examples of how the structure of tango music can be used for a more interesting interpretation:

Some work is required for these exercises, but note that most of it includes actual dancing. You don’t need to just sit down and listen to tango music to learn about its structure – you can train your ear while you are actually moving to the music. Enjoy the practice! 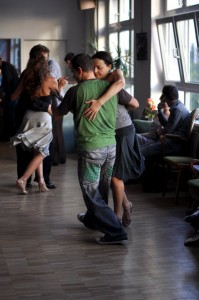 2 Replies to “How to dance to the music: Know the structure of tango music”